Five years after qualifying as a clinical psychologist, Jamie was diagnosed with Type 2 bipolar affective disorder after 20 years’ experience of anxiety and depression. He has been on Lithium prophylaxis ever since.

After his diagnosis Jamie gained a consultant post with the MoD, becoming head of healthcare psychology and travelling to Bosnia, Kosovo, Afghanistan and Iraq, gained three fellowships and four professorships, established a research institute and has just finished a term of office as President of the British Psychological Society.

He has published and lectured widely and edited two books, the first of which was Battle against Stigma.

Jamie says that it is really important that people at the top of the profession speak openly about the fact that they are human too! 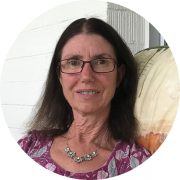 Privacy notice: This site uses cookies, which we use to collect anonymised statistical data to improve your experience, and not for marketing purposes. If you continue we'll assume you are happy to receive them. Read our cookie policy
&me – Rob Pettitt